Donate to cancer research and watch me do a grueling workout.

In 2012 I joined a fantastic gym and one of the "side effects" was participating in Crush Cancer 2012 and raising $346 out of the $113,783 total. Having never really fundraised much of anything before, this was major success in my book.

I also got a little too…creative, and pledged to do a burpee for each dollar raised. 346 burpees is a lot of burpees, so I broke them up over, uhh, two years or so, but the resulting video is pretty hilarious. 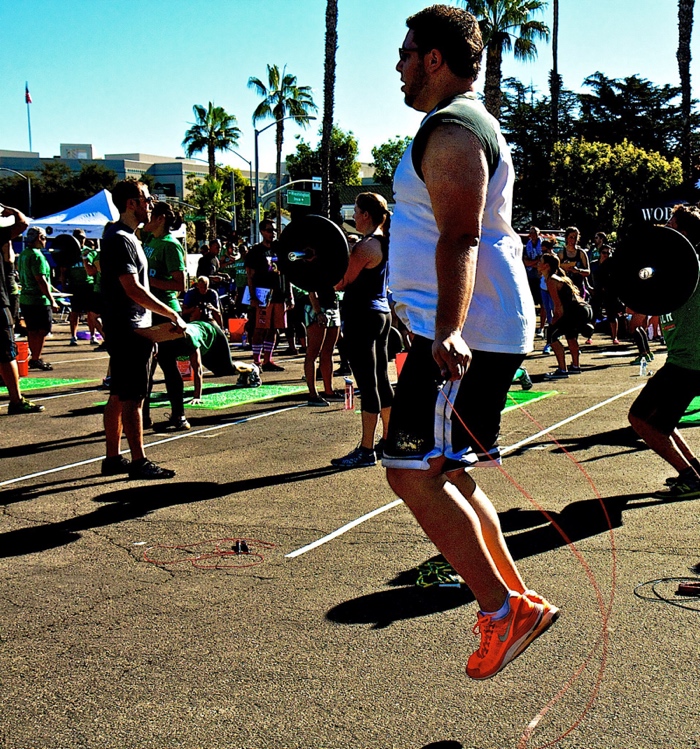 (That's me at Crush Cancer 2012, regretting everything, photographed by Omid Khalili.)

Well, it's time for another round.

Edit: Against my (and everyone else's) better judgment, I will again do a burpee for every dollar donated. However, to avoid the 2012 fiasco, I will do them at a rate of no less than 100 per week, starting the week after the event. For example, If I reach my goal of $500, they'll be done by Sunday, November 26th, 2017. If the total ends up being so high as to make this impractical, I reserve the right to put myself through something just as grueling but doable at a faster pace. So go ahead and donate now, before you forget.

Additionally, the actual workout event is open to public, so you can come and watch me suffer for 17 painfully long minutes, high mostly on adrenaline and questionable ideas about my own fitness.

But really, it's more important that you donate.