I made a silly game.

Update: Metronome has been deprecated. Everything below is for reference/posterity.

Back in the early 90s, when I got my first computer (a wonderful Commodore 64), a friend of my dad's helped me write a lottery simulator in BASIC. At the time I spoke no English, so GOTO and STOP seemed like completely arbitrary groups of letters, the meaning of which I only knew in the context of the programming language I was using. I don't really know how much I contributed to the code (as opposed to my dad's friend), but I know I've enjoyed programming since then, and I was no more than eight years old.

I've written a fair bit of code since those days. Much of it's been vaporware, some school projects (with varying levels of completeness), but most related to work. From calculating change to parsing databases for statistics to blogging platforms to deployment scripts, I've tried my hand at a variety of different high-level tasks, but I've never really made a game.

Metronome is a game based on rhythm. The objective is to click/tap on the screen precisely at the moment the gray circle flashes. As the flashes occur every second, the intended playing method is to consistently tap at as close to the one-second interval as possible, with the ultimate goal obviously being achieving a deviation of &plusmn;0.000. 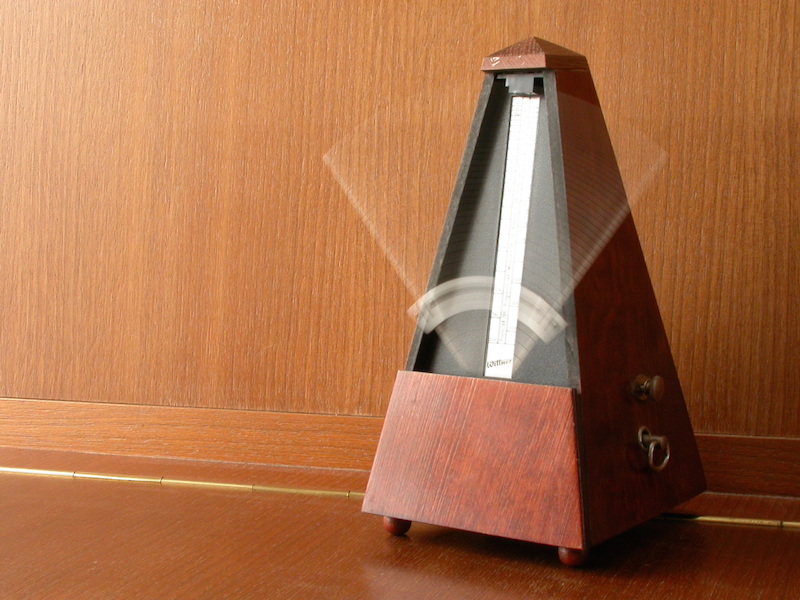 The idea came from a conversation between Eddie Kim and myself in late 2012. I wanted to make a game of some sort and Eddie thought there would be people who'd find rhythmic tapping entertaining. Two years later, a rudimentary version is live and its source code open for public consumption.

If you find the idea interesting, feel free to contribute. Pull requests are welcome, as are issues and feedback of any sort, really.